A Source in one of the banks told “Sky News Arabia” that “this decision that preoccupied the Lebanese people on the eve of the holidays does not include all banks, and no official decision was issued by the Association of Banks.”

He explained that “there are banks that are increasing their strictness in this context with the scarcity of cash to prevent the depletion of more funds by transferring a deposit from one bank to another.”

He added, “This new banks’ decision is not based on any legal justification, but rather contradicts the Monetary and Credit Law, and contradicts the laws and international agreements previously signed by Lebanon.”

A legal Source said that Lebanese banks have started to refrain from accepting checks completely, with strict restrictions placed on some exceptional cases.

And the Source continued, saying to “Sky News Arabia”: “It is impossible to accept the placement of checks with a value of more than 15,000 dollars. As for those below this value, each case is studied separately.”

This “sudden stop” includes bank and personal checks, as most banks have stopped accepting bank checks except in rare cases, such as closing customer debts.

The question remains, do banks violate the law in the event of stopping dealing with checks?

About this, the head of the human rights organization JUSTICIA, Paul Morcos, told Sky News Arabia: “Banks can set policies and procedures on how to accept checks from their customers drawn from third parties in their favor as collection in their accounts, but within fair standards, for example, it is not possible to prevent current account holders from Collecting checks of acceptable amounts due to the movement of the account or paralyzing their business.

Morcos said, “The solution is through the intervention of the Banque du Liban and the Banking Control Committee to curb the arbitrariness of a number of banks against depositors.”

The legal reference added: “It is unfortunate and surprising that the draft Capital Control Law (draft to control withdrawals and transfers) itself came to restrict checks and internal transfers under Article 7 of it, which is devoted to local transfers and payments and the use of severance accounts, and limits the completion of all local payments and transfers between residents and non-residents to the Lebanese pound, According to the cases determined by the Banking Restrictions Organizing Committee.

Will the approval of the competition law open the door to more smuggling? 29 - April - 2022 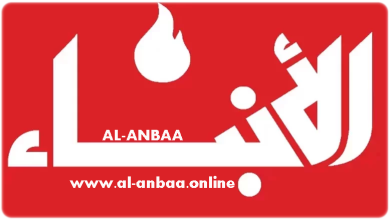