Keeping the current caretaker government in place until the date of the election of the President of the Republic, starting on August 31, is a potential and serious option, but it assumes that one of the following three scenarios will occur:

1 – The President of the Republic did not invite deputies to binding parliamentary consultations to nominate a president to form the government. Which is unlikely. Sources from the President of the Republic assure ASAS that “the invitation will take place as soon as a majority is formed that guarantees the nomination. Discussions began since the end of the parliamentary elections, and there was a tacit agreement to cut off the stage of electing parliamentary committees and their heads, and the visit of mediator Amos Hochstein to Beirut.”

2 – Inviting the President of the Republic to consultations, but with the possibility of delaying them or taking them without reaching the required majority to nominate a prime minister.

3- Inviting the President of the Republic to parliamentary consultations, and naming a prime minister who does not meet the conditions of formation. Here, relevant sources point out that Najib Mikati’s chances are still ahead of the chances of other candidates. But what if Mikati (or someone else) was appointed to form a new government and he failed to form until we reached the date of electing a president? Will the mandate remain valid after the presidential elections?

It is a possible and not excluded scenario, demonstrating once again the advance of absurdity over the logic of institutions and the extent of the wear and tear that the political performance has reached, so that the constitution, with its deadlines and controls, has turned into a “mop” under the legs of political power.

Cases not anticipated by the constitution

The head of the Justicia Legal Foundation, Dr. Paul Morcos, considers that “this is one of the rare cases that the constitution did not anticipate, because it did not assume a shortcoming and a lack of responsibility on the part of the political officials of the political parties not to form a government within reasonable deadlines.”

Morcos added in an interview with “Asas”: “Going back to the constitutional texts, when the President of the Republic names the designated prime minister, he does so based on binding parliamentary consultations in which he consults with the Speaker of Parliament, and therefore does not have the authority to decide in this regard. It only reflects Therefore, on the theoretical level, if a new president is elected without forming a government until then, the designated prime minister will remain enjoying the legitimacy of the mandate as long as he derives it from the parliament, but only the president of the republic has changed if he was elected soon. A theory that says that it is unfavorable for a designated president to continue in light of the election of a new president who had nothing to do with his designation.Therefore, it is assumed that the matter will be repeated by conducting new parliamentary consultations.We will practically face a conflict between these two theories.This is due not to the texts and the system, but rather to the rules and regulations. To the shortcomings in political ethics related to the practice of politics and public affairs, which caused this prolonged formation.

This scenario assumes that the election of the President of the Republic came under a government that conducts business in the first place. The government, after the election of a President of the Republic, is considered to have resigned in accordance with the provisions of the first paragraph of Article 69 of the Constitution, and the capacity of a caretaker is applied to it in accordance with Article 64 of the Constitution.

At that time, Mikati may be in the position of “banker and author”, and his government prepares on this basis the presidential elections, if they happen on time. 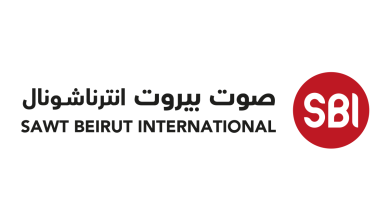